If you live on the 30 percent of Georgia that exists between the mountainous north and the coastal plain south, you live in the Piedmont region. Piedmont, loosely translated, means “the foothills” in Latin. It perfectly characterizes the rolling hills and plateaus of this region that are butted up against the Blue Ridge Mountains. 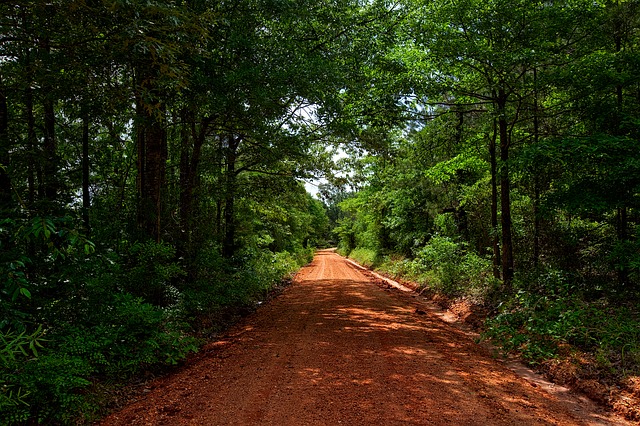 The soil here can be lacking in richness due to heat and rain that weatherizes the rocks and removes the bases. As a result of this weathering, much of Georgia Piedmont Soil is highly acidic. This makes it the perfect soil for certain plants and trees, but it can be a challenge for lawn growth. That is why lawns in the Piedmont area of Georgia are typically treated with lime once or twice a year pending a soil test.

Piedmont soil is not a terrible thing for Georgian lawn lovers. In areas such as forests, there is regular decomposition that occurs seasonally, and the land has more nutrients. Much of the land near Atlanta is in a “transitional zone,” which means warm and cool grass can grow there. This sometimes allows for year round green turf.

A lot of the Piedmont region is composed of clay and granite. Stone Mountain is a good example of the granite in the area, and it is actually the largest amount of exposed granite on the planet. The clay can be seen in the Ultisol soil, Georgia’s well-known red clay. The clay is red because of the oxidation of iron and other minerals in it. Ultisol is typically present in humid areas that subject to erosive forces such as Georgia’s rains.

Ultisol could be called soil with potential. It does not have a lot of nutrients in areas that are void of plant life, but it can be fertilized and amended to make fertile earth. Basically, if you are trying to grow a beautiful lawn in the Piedmont region, it may take some soil amendment, but you have probably got a good base with which to work.

A fun fact about Georgia’s Piedmont region is that it used to be the coastal region of Georgia during prehistoric times. It was not the center of the state, and the coastal plain used to be covered by the ocean. There is a geologic line between the Piedmont region and the Coastal Plain represented by this divide. It is called the fall line, and there are multiple waterfalls and an elevation change present here.

They know how to make your Piedmont soil great!